Ever since Steve Leonard opened his first restaurant in 1991, he has proven time and time again what leadership in the food industry is all about. Whether its's focusing on great customer service or being a great employer to hundreds of hard-working men and women at his restaurants, Steve is the epitome of what a successful and caring McDonald's franchisee should embody. He believes success is made through people...and developing people is the key to growth.

Steve Leonard and his wife Julie have been married for over 40 years and he enjoys working in his family business with both his son and son-in-law. Outside of work, Steve enjoys spending time with family.

Even before Nate Leonard was old enough to legally work, he was helping out at his dad's restaurants after school and on weekends. From wiping off tables, to sweeping floors and mowing the grass, Nate was a hard worker from the get go - and he had a lot of "get up & go!"

In 2011, Nate made the decision to change careers and get involved in the family business. He like his father, Nate was required to work in the restaurants and build his resume with McDonalds, working all the positions within the restaurants - ultimately becoming General Manager, Supervisor and Director of Operations. He is now an Owner/Operator for one of the greatest brands in the world and one of the most successful McDonald's franchisees - Leonard Management. Like his father, Nate believes having great people who receive the best training available is the key to success.

Outside of work, Nate enjoys spending time with his wife Maddie and daughter Jaxyn. 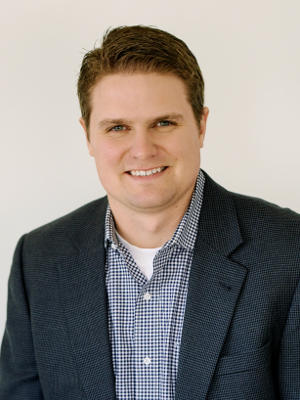 Steve's son-in-law Blake Zogleman had interest in coming to work for the family business. So, in 2009, with very little restaurant experience outside of waiting tables in college, he went to work for another family owned McDonald's franchisee near where he lived at the time. Working at McDonald's, he found his passion, he enjoyed helping customers being part of a team that achieved immediate results. In 2010, he and his wife Erin (Steve's daughter) moved to Omaha where he began working for Leonard Management, starting out as a crew person. He worked his way through all capacities in the restaurant and ultimately achieved the position of General Manager, then Supervisor, Director of Operations and, finally, Owner/Operator with McDonald's.

Blake takes pride in taking an active role in his local business. He understands that having great people and developing great people has been the key to their family's success over the years. Blake enjoys new challenges and seeing his people grow professionally, finding it extremely rewarding when dreams/goals never thought possible are accomplished.

Outside of work Blake enjoys spending time with his family. He's been known to assist in coaching kids sports when called upon and likes helping others when time allows. Blake recognizes his success could not be achieved without the unfaltering love and support his wife, Erin, has provided. 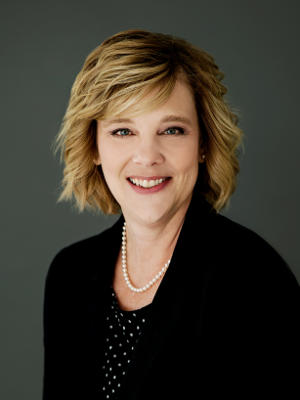 Michele McManigal began working as the Controller and Office Manager for Leonard Management in 2013 and was quickly promoted to Chief Financial Officer a year later. She brings more than 30 years of experience in finance and accounting to the organization and is skilled in budgeting, risk and cash management, customer service and Human Resources.

A native of Fremont, Michele worked at the Fremont location during high school to earn spending money. In her spare time, Michele enjoys spending time with family, listening to music, reading and gardening. 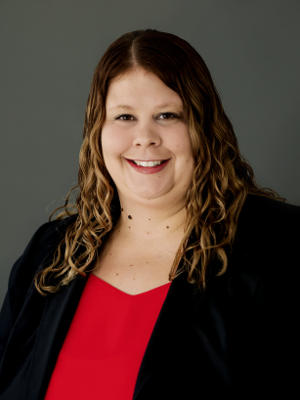 Andrea started working for McDonald's Corporation when she was 15 years old because she wanted some extra spending money. She worked her way through the restaurant ranks during her time with McDonald's Corporation joining Leonard Management in 2008. In her five years as a general manager for Leonard Management she won four Outstanding Restaurant Manager awards and the prestigious Ray Kroc Award which is awarded to the top 1% of restaurant managers in the country. Her success as a general manager led to a promotion to Area Supervisor and now to her current role as Director of Operations.

Andrea has a passion for teaching and working with people which has served her well throughout her career. Andrea loves helping people achieve their goals. One of her greatest accomplishments as a leader was seeing someone she mentored win the Ray Kroc Award. Andrea believes that if you take care of your people, they will take care of your business.

Outside of work Andrea loves spending time with her husband and two children. Andrea also loves to travel, preferably to somewhere with a beach!

Preston Stahl brings more than 30 years of award-winning McDonald's restaurant experience to the Leonard Management team. Preston assumed his current role as Director of Operations in 2019 and understands the operations of McDonald's in his "big picture" approach - he has lead technology implementation, has overseen new construction and building redesigns and has been a part of the strategic plan for improved operations and business growth.

As a proven leader in the restaurant business, Stahl believes that leadership is a privilege which carries with it the responsibility to build exceptional teams that drive business and brand growth. He has lead management development, food safety, and cost management courses that have benefited hundreds of employees. Preston's leadership has earned him multiple awards including People's Champion award, Outstanding Drive-Thru award, and six Outstanding Restaurant Manager awards.

Stahl has also received the prestigious Ray Kroc Award, which is awarded to the top one percent of McDonalds restaurant managers in the country.

I currently serve as the Executive Director of Human Resources for Leonard Management. In this role I am responsible for the overall HR functions of the entire organization supporting over 2,200 employees in 32 locations. I received my Bachelors Degree in Finance for Wayne State College in Wayne, NE in 2000. In 2012 I complete my MBA in Human Resource Management from Bellevue University in Bellevue, NE. I am currently completing my Doctorate in Business Administration through Cal Southern University.

Prior to my role as Executive Director of Human Resources, I served as the Vice President of Human Resources for Clarkson College in Omaha, NE where I was responsible for the overall HR services to all employees within the organization. In every HR role, I provided strategic business partnering to the senior leadership team as well as manage a group of HR professionals responsible for supporting the managers and their employees. I am from St. Paul, NE and in my spare time, I like to travel and spend time with family and friends.

Carol Dusel-Cerny came to Leonard Management with over twenty years of experience in Human Resources and holds SPHR and SHRM-SCP certifications. She graduated with a Bachelor’s Degree in Accounting and Finance and worked as an Auditor, Accounting Manager and Controller before she began what would be a transition to Human Resources where she discovered she could use her attention to detail, analytical and problem-solving skills in a new way. She found her passion interacting with employees and helping them love where they work.

Carol has worked in several industries and enjoys learning about the business operations. It has helped her to understand the employee perspective and balance that with the business needs. She considers employees her customers and wants their interaction with Human Resources to be a positive experience. She enjoys answering their questions and providing education, when needed.

In her free time, Carol likes spending time with family and friends, traveling, baking and being outdoors. 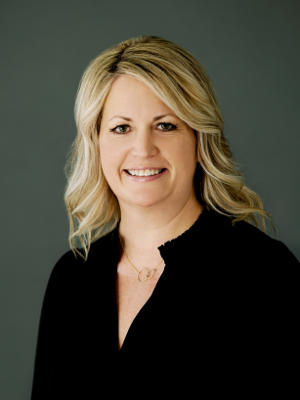 Director of Marketing and Community Relations

A fifteen plus year career at the Omaha World-Herald as their Entertainment Executive sharpened Marla Snyder's proficiency and expertise in the marketing arena. After much thought, she chose to spread her wings with an idea she carried for several years. Thus, 'Snyder Sense' became a reality offering strategic marketing solutions to enhance her client's success.

Steve Leonard recognized Marla's capabilities and offered her a full-time position with Leonard Management as their Director of Marketing and Community Relations. Marla takes pride in providing accountability, confidence, determination, and responsibility. Her creativity, organizational skills, and adaptability serve her well in any circumstance.

In 2018 Marla was asked to join the committee at the Ronald McDonald Charities of Omaha to plan their annual Wings & Wheels fundraising gala. She is a member of Charlie's Angels at St. Charles Borromeo Church and assists in their annual silent auction for the Fall Festival. Marla is the current President of Kids of Sokol Camp.

Marla spends her time volunteering, enjoying the outdoors and spending quality time with her husband Scott and son Sam.